Darius Williams’ Soul Crab Restaurant Fails Health Inspection Miserably, Word Is If He Focused On His Restaurant As Much As He Does Hooking Up With Men Off Of Gay Apps He Might Would Live Up To His Own Hype!!!

Louisiana Bistreaux also among restaurants that scored below 70 on recent reports.

At the start of every month, Obnoxious Media dishes the tea on all of the restaurants that failed Fulton County health inspections from the prior month.

Restaurants that score 70 or less (out of 100) on its health inspection are failing, according to the Fulton County Environmental Health Services Department.

According to Members of my Obnoxious Street Committee Soul Crab might be experiencing so many horrible reviews and two failed Fulton County Health Inspections due to the owner Darius Williams.  Insiders have said Darius might have gotten the big head to fast.  Seems he has a very nasty restaurant that is constantly mentioned in the piss poor reviews.  The very expensive south side restaurant seems to be due the owner Darius Williams hiring a number of unqualified staff that may have participated in some extra curricular activities with him.  All the male staff was questionable at best.  Most of them were without a clue on how to properly serve and did not even look clean or they had bathed.  Rumor has it that is Darius focused on the food, quality service, and keep his restaurant clean as much as he does in turning tricks with guys he meets off of gay apps he might would live up to the persona the has created online and television that is far from the reality when you actually visit location.  The word is he gives mods to a number of guys he has turned tricks with or that he has a desire to service himself personally and the females are a bunch of nasty attitude chicks that are not interested in what they are hire to do at all.

Here not so great reviews below:

Visited Soul Crab Sunday, August 18.  I had a 2 star visit.  I was at the restaurant the first day it opened and I excused the mishaps. But why did it still operate like the first day?!?

The above average prices on the menu do not match the service, ambience, and food.  I wish I could describe the food, but we decided to leave and dined with another restaurant in the area.

Some people have had great experiences and some have had bad, so it sounds like Soul Crab is  a hit or miss kind of establishment. 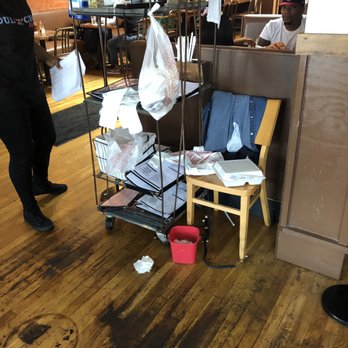 Totally disappointed and underwhelmed.    We follow the owner on social media and made a point to visit this establishment when in the Atlanta area.

My party of 2 came on a Friday night at abt 9:30 pm while visiting the Atlanta area.  The music was  very loud where you have to shout and lean into the person next to you in order to hear.  The DJ was playing 90s – early 2000s R&B.

No one greated us when we came in and said “We’ll be right with you ” or “Hello”  right away. Once we were greated and seated we learned that they were only featuring the Bar Menu, which consists of basically appetizer food.  Had we known they’d have a limited menu during those hours we probably wouldn’t have come when we did.  Be sure to check the time you go.

So we ordered the cornbread, deviled eggs, fried green tomatoes,  crabcakes, and calamari.   Serve comes back “No more  deviled eggs tonight.”  Bummer.  Server Serve comes back again,  “We’re out of Cornbread too.”  Disappointing.  The server suggested the Crab and Collard Green Egg Rolls and we agreed.

The DJ was excellent.

We were totally disappointed with the food and asked to speak to the manager.   She was very pleasant and heard us out with our dissatisfaction. She offered us 50% off food for our next visit within the next 2 days.  We returned Sunday afternoon.  They were still playing loud 90s – early 2000s r&b like a Friday night. They sell weren’t getting guests as they came in and piled up and crowded the front door.   We ordered only the shrimp and crab deviled eggs and cornbread.   Both were excellent.

And the floors were sticky both days. 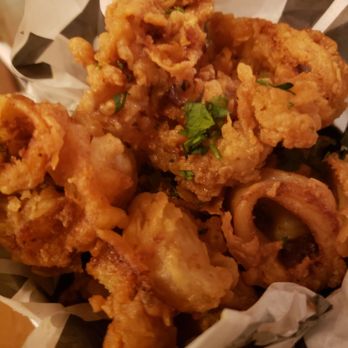 We just placed an order through UberEats. Ordered the buttermilk catfish with creamed corn grits and sautéed cabbage as the sides. Calamari as an appetizer. The order arrived with two pieces of fish and some calamari all in the same
container, no sides, no sauces, no napkins, no utensils. The catfish was swimming in grease! Calamari fried so hard it just crunchy hard pieces. Underneath the calamari was just hard little pieces that wasn’t Tried several times to call restaurant and keep getting a Verizon wireless “call cannot be completed because they are busy”! This was very close to closing time. I would not recommend ordering from this restaurant. See photo of the calamari crumbs sent to us 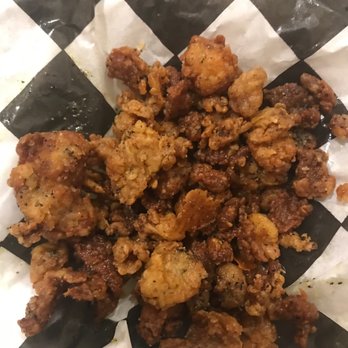 We were really excited to come here tonight for the crab dip. We got seated and saw that they only had a late night menu which was maybe 1/3 of their original menu that I had viewed online. They seated us in a back corner in the back of the restaurant and forgot about us. We watched others get served and taken care of, but no one ever acknowledged us. After waiting 15 minutes of waiting, we just decided to leave. Customer service has to be better!

This one star is for the curbside parking space we found, after circling the block a couple times. Usually a packed restaurant means the foods good, right? Not! I had family fly in from Houston, TX, and I raved about this place, planning to try it for the first time when my peeps got here. We love Darius. My aunt attended his cooking masterclass. Actually, let’s say the 1 star is for my Tito’s on the rocks – you can’t really mess that up. Ok. I really don’t know where to start… that’s how disappointed I was. The shrimp was a weird texture and obviously undercooked. Slimy. The salmon was over-cooked and very rubbery. My cousins pasta (shrimp garlic Alfredo) was incredibly salty. The lemon pepper wings were incredible. We ended up ordering that 2 times, so everyone could eat something decent.

The floors are extremely sticky. Just mop! Idk why no staff person noticed that. 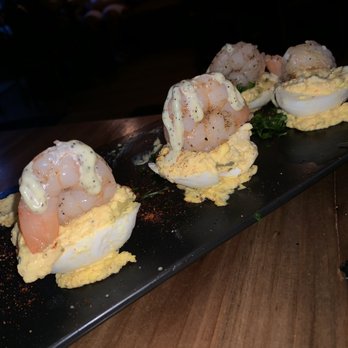 This place is a real let down. The service is terrible. The servers are unprofessional. The owner must’ve just hired family or anybody off of the street. Once we were finally seated it took the poor girl 15 minutes to come take our drink order.

We were then informed that they were out of “kool ade” how sway? It’s 25¢ a pack. Make some more! At that point I asked her what else they were out of because their prices are to high to be wasting my time.

She informed us they were out of a great deal of sides and listed them off.

We got up and left. I’m so dissatisfied. This place has a reputation for poor service and I was willing to take a chance but never again. Now I see why.

Piss poor service. Prices higher than 5 star restaurants in the city. No thank you.

Whewww, one look at Soul Crab’s prices and we ran for the border. Expensive and over priced for the area.

Once we were seated, we noticed how sticky the tables were. We asked the server if she could wipe the table down and she said yes she could however, the finish that was put on the tables left a sticky residue feel. I told her the tables felt sticky and dirty and suggested tablecloths and not a sticky table with $16 Calamari Appetizer.

She took our drink orders while we perused the menu and noticed how dreadfully expensive and overpriced EVERYTHING was on the menu. The Appetizers, Main Entrees, Cocktails everything is priced as if the Owner is still in the Chicago “Rush District or Michigan Avenue.”

The Server came to our table and told us that the fryer wasn’t working and apologized.

Okay….you have a Pappadeux type menu with Pappadeux prices without the tablecloths, sticky table and floors, fryer not working, a “Seat Yourself” sign at the door, my menu had leftover food residue from the previous guest and a half empty restaurant.

We decided to leave after looking at the Menu & Prices. We were really looking forward to dining @ Soul Crab however, we just couldn’t believe our eyes when we looked to the right and saw the prices. Unbelievable to say the least! This is a BAD RECIPE in ATLANTA! 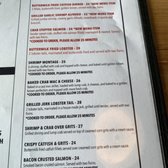 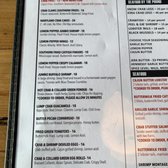 The one star is for the very pleasant waitress. Though she could use some training, she was nice. I was the only patron in the restaurant more than hour after it it opened but had to ask that my table be wiped off. (It stayed sticky.) The shrimp and crab and grits I ordered had a layer of oil on top and it was salty. When I found a shrimp with the vein still in I was done. A raspberry mojito had no taste of raspberry or lime – or any resemblance to a mojito.

The nice waitress brought me a to-go box and my check immediately after serving my food (without being asked) because the restaurant manager had called an impromptu meeting among the boxes and garbage bags at the back of the restaurant. By then, there were two other people in the restaurant. 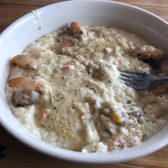 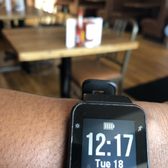 Previous Dr. Jonathan Greer Has Died At 77
Next Malik Yoba May Face Charges For Allegedly Paying For Sex With A Teenage Transsexual Prostitute, But He Does Admit To Being Sexually Attracted To Transsexual Women!!!